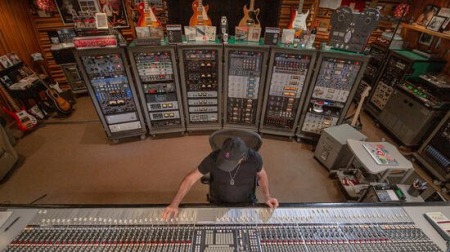 We’re excited to bring you the sequel to our previous Chris Lord-Alge series! After witnessing how CLA recorded the rock band ‘Phil X & The Drills’, you can now learn exactly how he mixed their song. At his own studio, ‘Mix L.A.’, Chris mixes the track from start to finish on his SSL 4000 G console, using an enviable collection of outboard gear alongside plug-ins within Pro Tools.

Following a recap of the tracking session, a detailed walkthrough of his routing, and the configuration of his multi-track session, CLA dives into the mixing process. Throughout the series, he explains his actions as he works by giving reasons for the use of particular gear and settings on certain parts. You’ll see how he uses compression and EQ both as inserts and in parallel, his mix buss chain, his vocal effects, automation techniques, and much more!