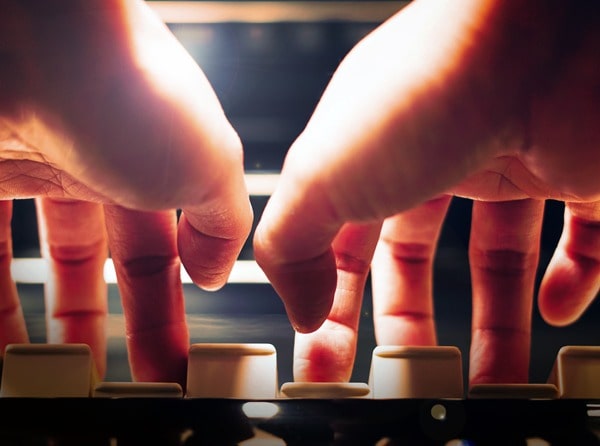 Music expert Eli Krantzberg presents comprehensive video tutorials on chord theory for beginners, without the need for reading music! If you’ve ever wanted to learn how chords work – both on their own and within a chord progression – this video series is the one to watch! Eli starts at the beginning so that no one is left behind, explaining the core concepts of music theory with plenty of examples along the way. Even if you’ve never learned to read music before, you’ll come out with a solid footing on the language of chords. These videos are for those with little or no music theory knowledge.

Eli welcomes you and begins with the basics of pitches, explaining how they’re named and laid out of the piano keyboard. You’ll work through intervals – the building blocks of music – and learn how to identify their qualities. Next, discover the cycle of fifths and how it can make the task of learning key signatures easier and more organized.

Next, Eli focuses on triads (three-note chords) – how they’re constructed, named, and their function within both major and minor keys. Learn how Roman numerals are used when analyzing and indicating chord progressions and how the notes of a chord can be rearranged from top to bottom to form chord inversions.

Throughout the rest of the course, you’ll learn about seventh chords, sixth chords, voice-leading, how to harmonize several scales (major scale, minor scale, melodic minor scale), and how to use and resolve suspended chords. Eli finishes up the series by demonstrating several common chord progressions used in popular music so you’ll be able to start recognizing them right away!