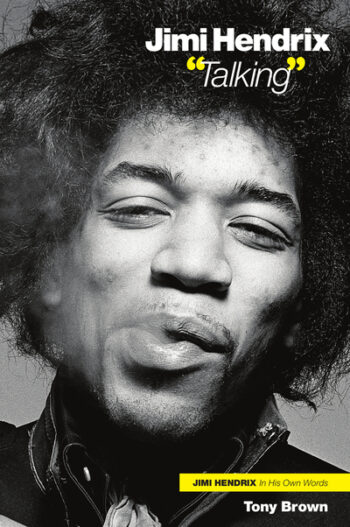 Jimi Hendrix is still widely revered as the most gifted guitarist in the history of rock. His fluency on an electric guitar was breathtaking, and he had a way with words that somehow paralleled his music. Fortunately, Jimi gave many interviews during his short life. Here is what he had to say… I used to like to paint. At school the teacher used to say ‘Paint three scenes’. And I’d do abstract stuff like Martian sunsets.Because I didn’t have a cent in my pocket, I walked into the first recruitment office I saw and went into the army. Anyway my discharge come through… and I found myself with my duffle bag and three or four hundred dollars in my pocket. I went in this jazz joint and had a drink, liked it and stayed. I came out of that place with sixteen dollars left… All I can do I thought is get a guitar and try to find work. Woodstock was groovy and all that, but anybody can get a field and put lots of kids in there and put band after band on. I don’t particularly like the idea of groups after groups. It all starts merging together. Music is religion for me. There’ll be music in the hereafter, too. Many say they can understand themselves better when they take LSD. Rubbish! They’re idiots, who talk like that. I had one [car] back home, but a girl-friend wrecked it. She ran it straight through a hamburger joint. After that, I started to devote more times to my music than to girls. Yeah, I never did want to go to the moon too much. I always wanted to go to Saturn or Venus, or something like that. I believe that maybe in one sense we might be nothing but little ants to them, you know.