Listening to Stanley Kubrick: The Music in His Films by Christine Lee Gengaro PDF 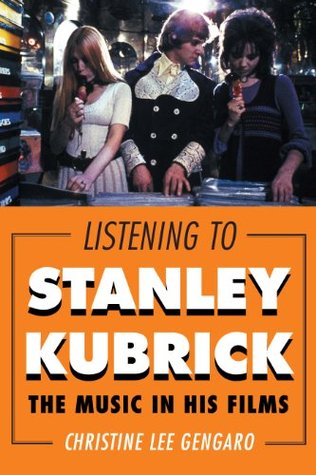 Listening to Stanley Kubrick: The Music in His Films by Christine Lee Gengaro PDF

The musical scores of Stanley Kubrick’s films are often praised as being innovative and forward-looking. Despite playing such an important part in his productions, however, the ways in which Kubrick used music to great effect is still somewhat mysterious to many viewers. Although some viewers may know a little about the music in 2001 or A Clockwork Orange, few are aware of the particulars behind the music in Kubrick’s other films.

In Listening to Stanley Kubrick: The Music in His Films, Christine Lee Gengaro provides an in-depth exploration of the music that was composed for Kubrick’s films and places the pre-existent music he utilized into historical context. Gengaro discusses the music in every single work, from Kubrick’s first films, including the documentary shorts The Flying Padre and Day of the Fight,through all of his feature films, from Fear and Desire to Eyes Wide Shut. No film is left out; no cue is ignored.

Besides closely examining the scores composed by Gerald Fried for Kubrick’s early works, Gengaro pays particular attention to five of the director’s most provocative and acclaimed films—2001: A Space Odyssey, A Clockwork Orange, Barry Lyndon, The Shining, and Eyes Wide Shut. For each film, she engages the reader by explaining how the music was excerpted (and changed, in some cases), and how the historical facts about a musical piece add layers of meaning—sometimes unintended—to the films.
Meant for film lovers, music lovers, and scholars, Listening to Stanley Kubrick is a thoroughly researched examination into the musical elements of one of cinema’s most brilliant artists. Appropriate for a cinema studies or music classroom, this volume will also appeal to any fan of Kubrick’s films.