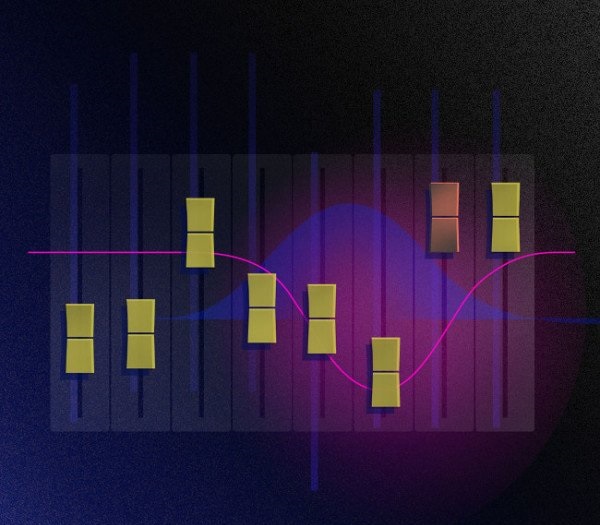 Whilst careful selection of sounds and arrangement are certainly the 2 greatest factors in determining the quality of a track, the successful mixing of parts will make or break that track. As such, knowing the main stages of mixing music and principles behind each one is hugely important when producing. In this detailed set of lectures, you’ll be guided through the whole process slowly and methodically, with everything explained clearly along the way.

After some examples of good and bad arranging, and why they impact heavily on the quality of the mix, the first major process of level balancing is explored. Initially, terms such as ‘clipping’ and ‘headroom’ are explained, after which volumes of tracks are balanced with respect to master channel metering. Different approaches to mixing are shown, including mixing up and mixing in mono.

The next couple of modules deal with the 2 single most important audio effects when mixing, which are compression and EQ. The absolute basics of these effects are relayed, serving as a good introduction to someone completely new to them, before numerous examples of how to apply them within the mix are provided.

Huge topics of stereo width and then using reverb and send effects to address the width and depth of the mix are then explored, showing how free plugin Imager 2 can be used to visualise, control and also apply width to sounds. There’s also a guide to using delays to add width manually, as well as a number of other 3rd-party widening plugins. Reflected sound is then added to individual sounds via insert reverb, and then compared to send reverb, where all sounds in the mix can be placed into the same virtual space, which is further analysed carefully for frequency content.

The final main lecture tackles master channel processing, mostly dealing with compression and EQ, from light application to more aggressive techniques like multi-band compression. Some ‘pro tips’ on examining the stereo information on the master channel and controlling it with mid-side EQ complete the main body of the course, before Rob delivers a series of useful suggestions for kit and practices that will help produce a robust and well rounded mix.

Enrolling on the course provides nearly 5 hours of streamed tutorials, as well as all the accompanying course materials, which include Ableton Live projects and stems from the lessons. Sign up now to start learning essential mixing fundamentals and elevate your production abilities today!

Module 1 – Mixing from the Start
An intro to the course and some advice on how to approach production generally, with the mix always in mind.

Module 2 – Level Balancing
The module begins with an explanation of signal level, what it means to ‘clip’ the master bus and the concept of headroom. Various methods for approaching the setting of levels are then shown, in order to achieve a well balanced mix.

Module 3 – Getting Levels Under Control
A lengthy introduction to why and how to use a compressor, providing an explanation of the main controls and basic operation, as well as a number of examples of usage, including vocal and drum group compression. There is also a quick summary and more creative application of gating.

Module 4 – Shaping Frequencies
A guide to the main considerations when applying EQ, beginning with a brief look at frequencies and spectrum analysis and then numerous examples of usage, from gentle to radical.

Module 5 – Stereo Imaging and Spread
The concepts of mono and stereo are initially explained, before all sounds in the project are analysed for stereo content. Techniques for controlling and removing width are shown first, followed by methods for adding width to mono and stereo sounds.

Module 6 – Send Effects and Reverb
A thorough look at applying reverb to sounds, first as an insert effect and then a send, showing how to set up the effect, how to process sounds and some additional considerations for mixing on the return track.

Module 7 – Master Effects
Advice for processing the mix on the master channel, from light glue compression and EQ to more substantial multi-band compression and even pro tips on mid-side EQ.

Module 8 – Tips for Improving your Mix
Rob provides a number of suggestions to help improve your mixing abilities, ranging from suggested kit to small habits that make a big difference.