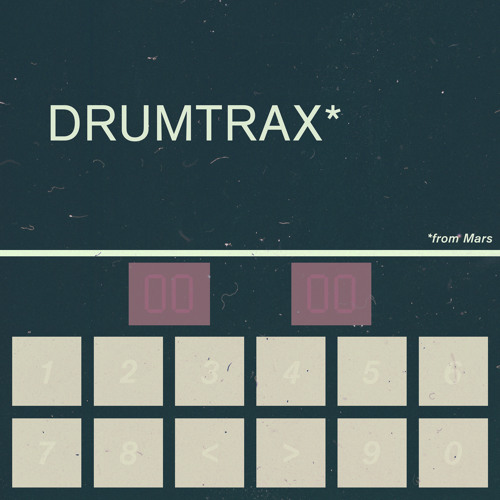 Crunchy & Funky 8bit 80s Drums
Created in 1984, the Drumtraks was a drum machine that featured 8 bit PCM samples driven through an analog 24 dB lowpass filter (also found in the DX). Its sounds were quite punchy and reminiscent of an LM-1 and DX, but dirtier and a bit muffled (but in a cool way). Like other machines of its time, the sounds are instantly recognizable, and used by many – Prince, the Human League, acid house pioneers Phuture, a plethora of mid 80s boogie, and more recently – Chromeo, Simian Mobile Disco, and hundreds of bedroom producers around the world.

As people have been hipped to these sounds, the Drumtrak’s price has skyrocketed in the past 5 years – but for good reason – it’s basically a cheap and dirty LM / DX!

The Recording Process
Our basic philosophy creating this library was to take each drum sound individually and asses what it needed and didn’t need (some sounds definitely required processing, while others none at all). The drums were first recorded through a radial JDI direct box, fed into the mic preamp of an API 512C (a classic, awesome sounding mic preamp). Slight EQ curves were applied when necessary with an equally amazing sounding API 560 equalizer.

All of the sounds were then recorded onto fresh 1/4″ tape on our Otari MTR-12 Mastering Reel to Reel. Many of the sounds were only slightly saturated, but for the snare, we heavily saturated the tape so it sat better with the other drums. This allowed us to create a loud, smashing snare without the use of compression.

The kick was fattened up a bit through our Neve Tape Emulator (this thing offers an amazing low end boost and saturation that is quite nice). This allowed us to achieve some of the Neve sound while still using a punchy and fast API preamp.

Once the tape samples were tracked, we chopped them up and bounced the results, with 0 plugins as usual. We also captured the sounds completely clean, straight through the API 512 into our Apogee Rosetta.