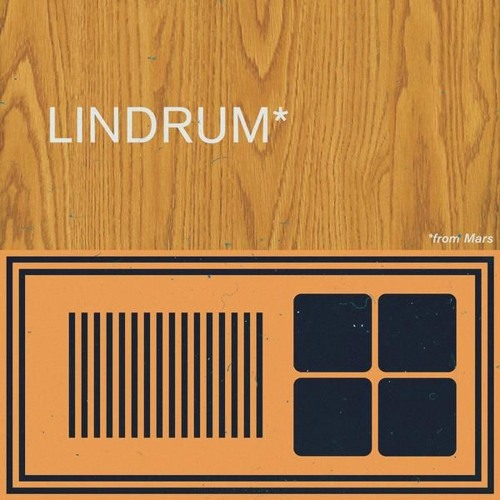 The Most Comprehensive Lindrum Collection in Existence
The Lindrum is a classic, 80s drum machine known for its unique crunch, saturated acoustic drum hits, warm filters, and unbeatable groove. Also known as the LM2, this drum machine has made its way through countless 80s hits. And almost 40 years later, the Lindrum remains just as relevant and sought after as ever before.

The Product That Started Samples From Mars
The story of the Lindrum From Mars is the story of Samples From Mars. 6 years ago, this company began simply as a response to one question: “why aren’t there any great quality Lindrum samples around?”. I wondered why so many sample packs were based on trendy genres and made from software when these hardware machines themselves were so inspiring and had such a rich history. So I figured – if even a couple people buy the Lindrum samples, that’ll be reason enough for me to start a company that can hopefully support my crazy drum machine addiction someday.

So, with almost no equipment to my name, I hired a car, trekked it out to New Jersey, and rented an LM2. Then, I rented a studio with an SSL console (I’d been engineering at a pop studio where I’d learned that an SSL console was the secret weapon to drum machines). With only one studio day booked, I went about sampling this drum machine every which way, processing hits however I wanted, and re-pitching the results on a tape machine. Here’s my first (somewhat lacking) product photo of the LM2 I rented, propped on an IKEA kitchen table.

Although I had years of experience as a producer and engineer, sampling a drum machine was foreign to me. As a result, the original, “legacy” version of the Lindrum From Mars was not very faithful to the original machine. There were things I just didn’t know yet – that the congas on this unit were actually LM1 congas. Or that I could move EPROMs around to tune them instead of using tape. Or that it’s important to have a less subtractive approach to sampling, since the end user will be subtractive anyways (adding their own EQ, compression, etc).

Yet as unfaithful as this sampling process was, it was full of character that’s proven impossible to recreate – especially the re-pitched tape hits, and the SSL processing. In music I’ve learned to never try to re-track anything at a better studio – because that magic and emotion is impossible to replicate, and is more important than the actual quality. So, in that same regard, we’re keeping this version forever, and including it as a separate download.

A More Faithful Re-Creation
Fast forward to 2019 – with over 10,000 hours of sampling experience later, and a Class A sampling studio built entirely from sales that began with the Lindrum samples, and we’ve (yes, I went from “me” to “we”) decided we were finally ready to re-sample this beloved machine. Our goal: to create a more faithful and comprehensive Lindrum sample library.

First, we recorded the LM2 100% cleanly, directly to the converter (finally!). Where tuning was available, we hand-pitched every feasible knob position, eventually narrowing these down to a more manageable number. (Roughly they are half steps but those knobs are hard to be precise with!). And for the congas (the real LM2 congas this time), we tuned them via CV, so they are perfectly in key, labelled by note, and ready to play melodies.

Where tuning wasn’t available (like the clap), we swapped EPROMs around. So, we’d pop the Clap in the Snare Drum slot, and tune it. We did this for every drum voice. While pitching on tape was cool the first time around, this style of tuning is 100% the sound of the Lindrum.

One of the best parts of the Lin is the Hi Hat decay – so we made sure to multi-sample this. And, by swapping EPROMs, we also grabbed multi-decayed Claps, Rim Shots and Snares. They are short and sweet!

Getting Gritty
Once all of the samples were narrowed to the most manageable number and trimmed to perfection, we captured the color versions.

In 2013, my approach to processing was to just do what sounded good – use as many types of gear as necessary, shorten things with gates, filter stuff, distort, compress, use different EQs. And while this is what makes the Legacy version so special, what I’ve come to realize over the years is – if you can focus your processing on as few pieces of gear as possible, the samples will sound more cohesive, like a single instrument.

With that in mind, we settled on the following: an API 1608 console channel saturation (the best saturation I have ever heard), API EQ, a CL1 diode compressor, SSL dynamics (a throwback to the Legacy version), and our beautiful, new MCI tape machine.

While processing the Lin, we thought about each drum voice on its own – 1. how could the original hit be made better, and 2. how are people processing these sounds on our favorite records?

The Lindrum sounds themselves are actually very distorted. For something like the clap, where the sustain is really loud, we actually wanted to “un-saturate” it. So, we used our Diode compressor with a slow attack (adding punch) and a slow release (tightening the sustain, almost like a gate – which also adds punch). For most voices we opted for multiple color versions (in the Ableton rack you can use a knob to select the color), so for the clap we also opted for a super saturated version that’s kind of the opposite of the first color.

How our Processing Has Changed
Over the years I’ve gone through a couple different phases regarding processing – first (with the legacy version) I was all about compression, and making things punchy. Sometimes at the expense of RMS / loudness. Then, a couple years later I got really into saturation and making things loud (sometimes at the expense of punch). Finally, I’ve learned that compression and saturation together can be used as somewhat opposite processes to balance each other out. Compression is great because it makes things super punchy – but, if you’re just using compression on everything, your mix won’t be loud enough, and will suffer in the mastering. So, you can use saturation before or after compression, to increase the sustain so that it matches the level of the attack (that you increased with compression). This topic deserves an entire article and is too deep in scope to detail here – but it’s exactly what we did with the new Lindrum color hits, and they turned out fantastic.

The End Result
After our clean and color sessions we ended up with about 500 clean sounds (all with multi-pitches) and around 800 color samples. To make things easier, we also created (10) 16x Hit Kits of sounds that go well together – this is the easiest way to start using the samples, regardless of your DAW or sampler.

Speaking of which, everything is mapped nicely in a bunch of different formats. The Ableton rack allows you to use knobs to select Lindrum pitching, decay, and different versions of the color samples. Check out the About document for a detailed breakdown of everything.

Needless to say the Lindrum From Mars holds a special place in our hearts at Samples From Mars, because it tells the story of the beginning of this company. And re-sampling it has allowed me to reflect on how things have changed since then (for the better!). Six years ago I was broke and inspired and took a chance on an idea that might support my drum machine addiction for years to come. And after years of hard work, I’ve been able to slowly make that a reality (aka not rent stuff anymore!).

By the way – the single “n” in Lindrum is not a typo – it’s just a part of the story I’m not at liberty to tell!