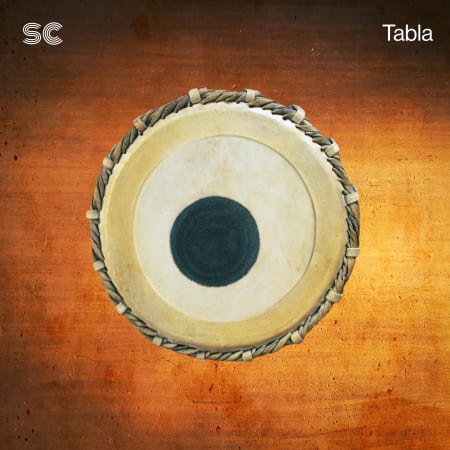 Tabla is arguably one of the most expressive drums in the world. With over 30 different tones, or ‘bols’, it can seem as if the pair of hand drums, collectively called tabla, are ‘speaking’ rhythm. For this sample collection, Sonic Collective & Found Sound Nation teamed up with master tabla player and percussionist, Surojato Roy, to prepare a gorgeous set of intricate traditional and contemporary rhythms as well as singular ringing and struck tones across various tabla and tunings. The samples included here were recorded in Surjoato’s studio in New Delhi, India.

As the son of an Indian classical vocalist and violinist, Surojato represents seven generations of musicians within his family. As a small child, music came naturally, he remembers drumming obsessively on the milk cans of his baby food. Surojato went on to become the youngest-ever disciple of renowned tabla maestro and guru Pandit Shankar Ghosh, who toured extensively with legends Ravi Shankar and Ali Akbar Khan, and is associated with introducing tabla in the west during the 1960s and 70s.