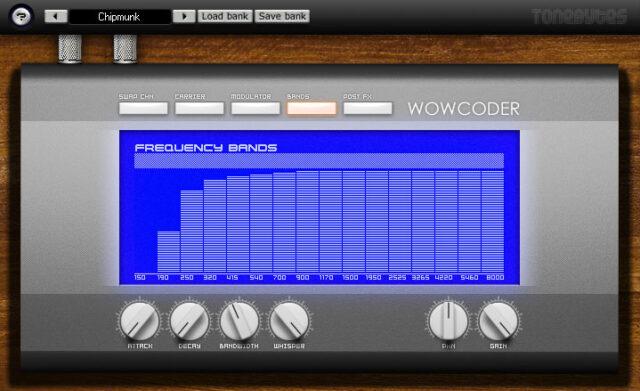 Wowcoder — is a VST effect plug-in for Windows that recreates a classical 16-band digital vocoder.

Additional tuning of timbre can be made by regulating the level of one of 16 frequency bands, as well as with the following knobs: attack, decay, bandwidth and whisper. In addition, the received signal can be processed by the effects section. There are three slots with five effects: chorus, crusher, distortion, reverb and compression.

The built-in preset manager makes it easy to save the settings and quickly access them or share them with other Wowcoder users.

In addition, VST automation and full MIDI Learning are supported.